Kojo Marfo is an Aerospace Engineering Graduate who connected with his Creative Entrepreneurial side during his days at Coventry University. The multiple award winning Youth Influencer and Creative Producer is the founder of UK's leading platform for Youth Development and Creative Growth called My Runway Group. Over the last 6 years Kojo has scaled his Youth organisation to a 360 multi faceted agency that has attracted over 6000 people to their annual creative production: 'My Runway Show' which has been held at venues like the Copper Box Arena and at the the o2 twice. He has curated career masterclasses, industry nights, workshops and charity programmes with the likes of the BFI, Conde Nast, various london boroughs, Coventry University and KCA by Alicia Keys. Kojo is the Black British Business Awards' Rising Star finalist for 2016 and his recent campaign 'The Youth Will Be Televised' which he curated to showcase amazing young people nationwide received heavy media attention including a business page review by the Evening Standard. The Ghanaian born creative also represented his country as the Flag bearer at the 2017 Commonwealth service under the auspices of HRH Queen Elizabeth II. His contribution to the Youth Community very recently earned him a British Citizen Award. 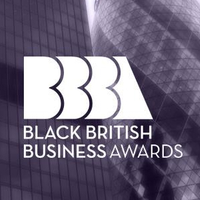 Entrepreneur Of the Year

You’re not yet connected with Kojo