Gray is a multi award winning director and photographer. His short films have wracked up several festival accolades and five star reviews, and photographs have adorned the pages of magazines and appeared on billboards all over the globe. His film work was noticed at Ridley Scott Associates, which he joined in 2016. In 2020 his short film ‘You Say Nothing’ won the Berlin Lift-Off film festival and was selected for Tokyo and Manchester as well as making it into the best of the year festival in January 2021. Gray is also in development with a documentary project dedicated to mental health, a subject close to his heart. "My photography is primarily about people and telling stories which has naturally evolved into filmmaking. I'm well known for my sports work, and for photojournalism. A twenty year career opened the door for me to travel the world and experience many life and work defining moments. I'm a typical photogapher, so get me talking about the things I've witnessed and I can tell you some pretty cool stories!" Clients include: Vodafone, Coca-Cola, Guinness, Reebok, Asics, Standard Life, Vitality, Unilever, and Google. 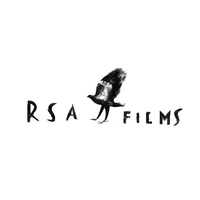 Best of the year nomination