I'm a Creative. Born in South-Africa but 100% Danish with a quite serious British accent. Bit chameleon like. Just with more hair. I studied Fine Art at University before changing direction and studying English Literature. When I graduated I went straight into party planning for the world's largest concierge company, Quintessentially. After working on projects like Kate Winslet's birthday and an event that required getting an Elephant on a boat in the Maldives, I decided I couldn't plan parties forever. So I applied to go to Watford a week before the course was due to start. Somehow I got in - a miracle considering I didn't have this thing called 'a portfolio' that every other applicant had. I’ve worked in Advertising for about 7 years now. Places I have worked permanently: M&C Saatchi, The Sunshine Agency, Above + Beyond Places I have freelanced: BBH, Saatchi & Saatchi, Anomaly, Holler, +rehabstudio, Uncommon London Where am I now: Freelancing at BBC Creative AWARDS: I've won some awards and been on a bunch of shortlists. In all honesty, awards are awesome but they are not what I do this job for. The real awards I've been blessed with are these: - I'm a published writer in over 12 publications from The Huffington Post to Campaign Magazine. - Lily Allen once wrote me a letter of thanks because of an article I wrote about her contribution to Feminism. - I was invited to meet the Queen and the Duchess of Cornwall to talk about sexual consent. - A rape victim told me I'd made her feel good about getting dressed in the morning again. - My work is taught in social studies classes across the country. - I got a Police Constabulary advert banned because it gave out the wrong message about sexual consent. - I have helped 52 designers in India get full time jobs. - The NY Times sited me as giving an artist their 'first big break'. - I got one of the worlds biggest supermarkets to stop selling an unethical product. - Vice once asked my opinion on Democracy in Britain which is a win for me considering I can't even vote in the UK. - In 2016 I was voted one of top 9 rising female Creatives in the UK by the Drum - In 2017 I was voted as a female leader seen to be helping redefine the creative industries, by The Dots - In 2017 I was Campaign and Creative Equal's top 30 Creative trailblazers - The So White initiative was cited as progress towards curing Marketing of its Diversity issue in Campaign Magazine - In 2017 I was featured in Pitch magazine's 'Winners' Issue alongside the ladies behind Fearless Girl and Mother’s ECD Ana Balarin - In 2018 I was one of 8 Women Of Tomorrow winners as decided by The IPA - In 2018 I made the BIMA100 list which honours the top 100 people working across Digital Marketing and Advertising 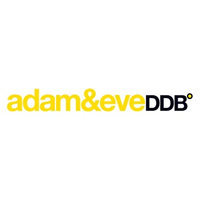