We like to make things and solve problems. We particularly like to make things that solve problems. We started our career at Leo Burnett under Justin Tindall, where Cannes Lions recognised us as 'Best Young Creative Team' in the UK two years running - our first two years in advertising. We've since worked under Nick Bell at Fallon and Monty Verdi and Claire baker at Drum - tackling briefs from some of the world's biggest brands. Our work has been recognised by Cannes, D&AD, The One Show, The Andys, Ocean Outdoor and Creative Circle. Our philosophy is simple: to sell, serve. It’s too easy for brands to say things - the sky and the budget is the limit. We believe brands should back up their words with action. Brands who offer huge value in the products and services they sell should do the same in the way that they sell them. In our spare time, you'll find Elliott hanging from gymnastics rings and Laura side-hustling as a hand model. *Nice to know Advertising is a tough industry to get into. Over the years we have helped student teams get placements, jobs and even awards. A few publications have even covered our efforts to help students get in, such as Campaign, LBB and HYC. In 2017 we launched Want A Creative Job, an online ad school for people who can't afford to go to ad schools. We also regularly host colleges for workshops, hold their own free evening classes and often judge D&AD New Blood. 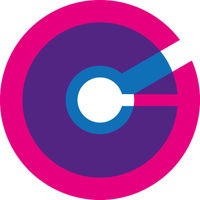 Pick of the Day

Good Campaign of the Week '#flipyourlips'